Can it be true? Are you telling me that science is actually telling me to date younger women?

I think we all tend to date other people close to our age range. That's probably the most common occurrence. That's not always the case. Some people prefer older or young partners. Sometimes the age difference can be significant.

According to a new study from Maxim, men who are in a relationship with women younger than them will actually live longer. 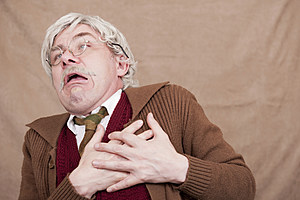 The male in me has a theory about this topic. I would have to link it to sex. It's dirty but it seems logical doesn't it? Let's face it. As you get older with your significant other things start to look different. Maybe you are having less sex. Maybe men are finding younger women, having more sex, feeling younger and in turn are living longer. Unfortunately, that theory is incorrect because women who prefer younger men are not experiencing any changes.

Whats's the biggest age gap you've seen in a couple? Why do you think it's extending men's lives?